Shelters Speak Out: A Professional’s View 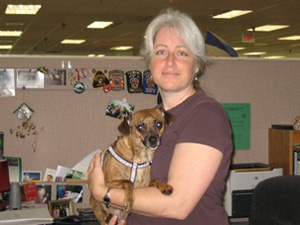 Diana is the former Director of Education for the Humane Society of the United States and now works for a local Animal Control shelter as a Humane Educator.

It’s always frustrating when I run into people who think they’ve helped our shelter because they donated to the Humane Society of the United States (HSUS).

Judging by HSUS’s fundraising materials, this false perception is understandable. HSUS raises more than $100 million each year with letters and television commercials featuring pictures of homeless cats and dogs.

I’m not alone in my frustrations with HSUS. In fact, that’s part of the reason I quit working there.

As HSUS’s Director of Education, I worked with and trained hundreds of shelter professionals around the country. It wasn’t uncommon for them to say they were frustrated with HSUS. Although HSUS provided a variety of resources to shelters, they said it also undermined their fundraising abilities.

This is not to say the Humane Society of the United States doesn’t help shelters—it does, often for a fee.

In other words, there’s very little that HSUS does to help shelters that comes without a cost.